The Prison Industry Authority administers a work program for inmates in California correctional institutions to improve their job skills and reduce idleness. The program is fully supported by sales of products and services to government agencies.

PIA is composed of the “Century 2000” modular office system manufacturing facilities, an institutional laundry, agribusiness enterprises, a warehouse/freight distribution center, industrial maintenance and repair, in addition to providing Administrative functions to the PIA farm and laundry located at the Wasco State Prison/Reception Center. PIA employs 303 inmates in a private business-like setting throughout CSP-Corcoran.

The “Century 2002” modular office system spans two housing yards (III-B and III-C) and occupies approximately 100,000 square feet of factory floor space. The institutional laundry is operated seven days a week, ten hours per day by rotating crews of Level III inmates. The Warehouse and Distribution Center at Corcoran serves as the central hub of a statewide distribution network. The Agribusiness consists of 400 acres of farmland, a dairy capable of milking 1,800 cows and a milk packaging facility that provides milk for several surrounding institutions.

Kings County California is located in the Central San Joaquin Valley and is home to some of the most thriving agricultural industry in the state. California State Prison, Corcoran is also in Kings County. Points of interest include The Hanford Carnegie Museum, Lions Park, and Hidden Valley Park in Hanford. You could do the Majestic Mountain 3 Day Loop visiting Sequoia National Park, Kings Canyon National Park and Yosemite National park. More of California’s scenic locations are within a two hour drive including; the Central Coast in Monterey or the Port San Luis pier, one of the last remaining piers that you can drive on, located in the county of San Luis Obispo. 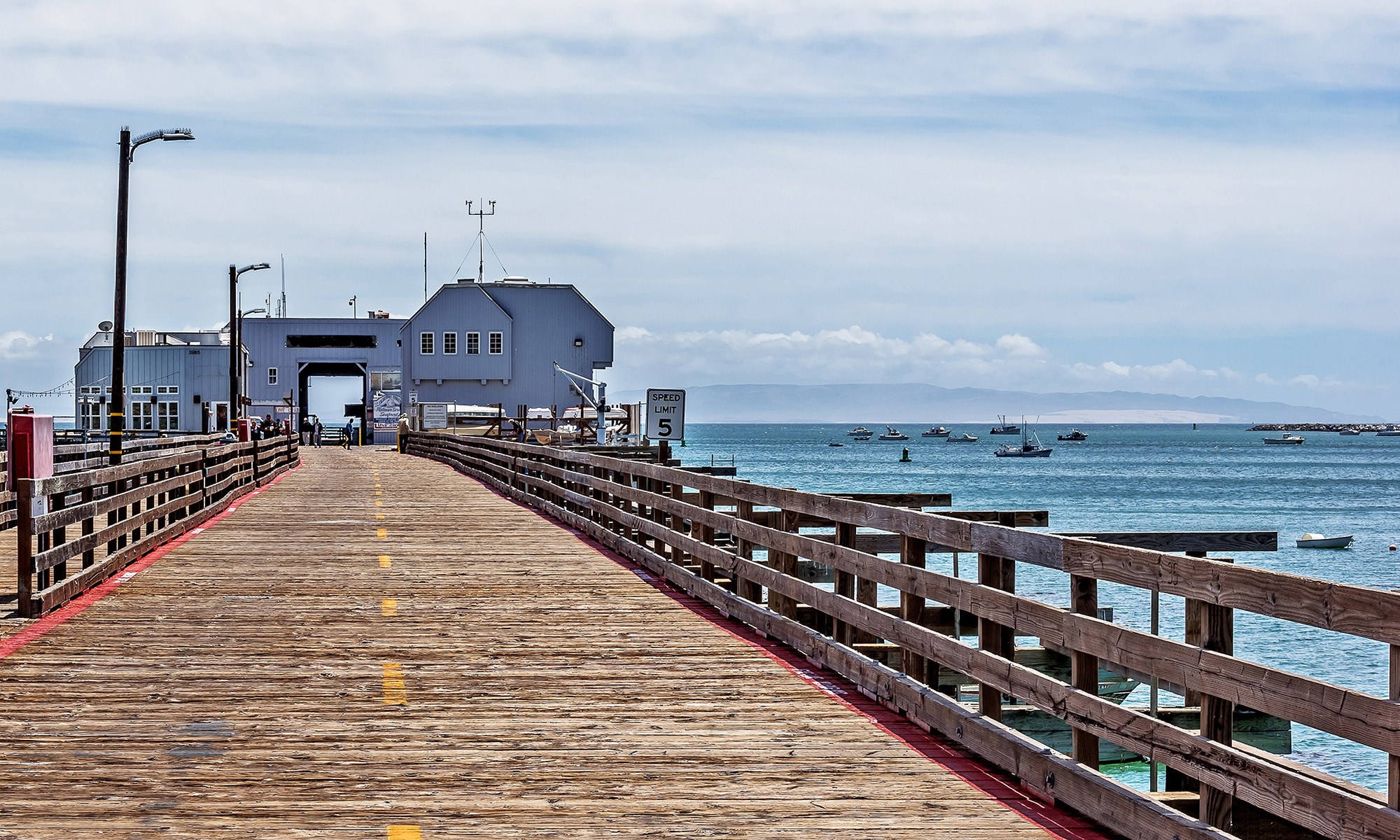 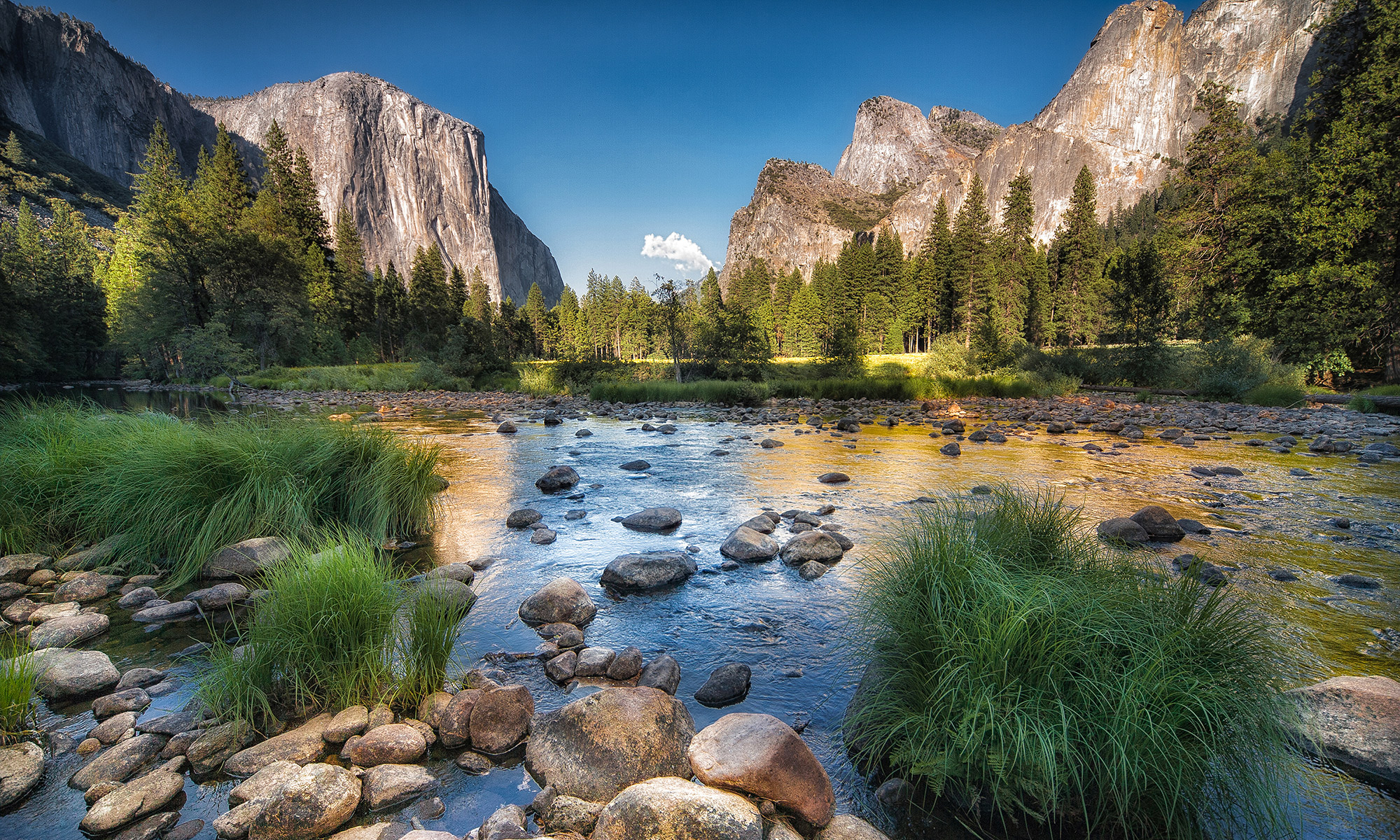 The Minimum Support Facility (MSF) Level I Non-designated Program Facility (Inmates who do not identify as Sensitive Needs Yard or General Population) at CSP-Corcoran consists of five buildings; four are dormitories housing up to 192 inmates each, and two D&E-dormitory housing 200 inmates. The complex has a culinary and dining hall, its own recreation facilities, library, chapel, and visiting room. As of October 14, 2009, the Department deactivated the Substance Abuse Program (SAP) located within the Level I Facility.

Facility 3A is designated to house inmates with a classification score of 36-59. The physical design of the housing units is a 270° design.

Facility 3A has five buildings, four of which house general population inmates, with a total combined bed capacity of 800 inmates. 3A is designated as a Sensitive Needs Yard. Current programs on this facility include the Orientation Unit, inmate participants in the Mental Health Services Delivery System (MHSDS) at the Enhanced Outpatient Program (EOP) and Correctional Clinical Case Management System (CCCMS) level of care.

On October 2009, the Administrative Segregation Unit (ASU) EOP was relocated to 3A04 with a total combined bed capacity of 100 inmates, On July 1, 2019; the ASU EOP was relocated to building 3A03. Current programs in this facility include ASU, EOP, basic Education ABE I, ABE II and ABE II, GED, college, and voluntary self-help programs are available for the inmates.

On September 18, 2017, Facility 3A Building 3 converted to a Level III non-designated EOP program to assist the Department by increasing Level III EOP non-designated housing, which is necessary based on the continued growth of the mental health population. On July 1, 2019, the EOP non-designated building was moved to 3A04. In addition, it will facilitate enhanced clustering of the EOP population and provide greater access for out of level inmates pending transfer to lower level housing.

Facility III-B houses inmates with a classification score of 60 and above. Each housing unit is a 270º design facility. Facility III-B has five buildings, one is designated EOP and four are designated CCCMS GP Mental health buildings, with the bed capacity for 1,121 inmates.

Facility III-C houses inmates with a classification score of 60 and above. The design of the individual housing unit is a 270º design facility.

Facility III-C has five buildings with a total combined bed capacity of 1,080 inmates. III-C is designated as a General Population facility.

The Administrative Segregation Unit (ASU) was activated on June 2, 2003. It includes programming space to facilitate custodial and operational needs and also complies with court mandated and regulated activities such as exercise and on-site medical/mental health delivery systems. The ASU building consists of eight housing sections in a single story design, an elevated central control room, and administrative, program and service space within the building. Six of the sections contain 12 cells and 2 contain 14 cells. All sections contain showers, holding cells and adjacent exercise yard modules. Exercise yards are intended to accommodate one or two inmates (from the same cell) with supervision provided by a Correctional Officer, supplemented by closed-circuit television surveillance. ASU also provides educational programs from basic educational, GED, college, and voluntary self-help programs are available for the inmates.

Facility 4A and 4B Security Housing Units

Facilities 4A and 4B Housing units are maximum security 180º design facilities and provides for a variety of special housing programs including Security Housing Unit (SHU), Administrative Segregation Unit (ASU), Debrief Processing Unit (DPU) and Long Term Restricted Housing (LTRH). Inmates whose conduct endangers the safety of others or the security of the institution are housed in SHU, ASU or LTRH depending on their individual case factors. In most cases, these inmates have committed serious rules violations while housed in a general population setting.

Within the SHU housing facilities, is a specially designated unit: The Medical/Handicap SHU unit which meets the requirements of the Americans with Disabilities Act (ADA). It offers maximum security housing with necessary adaptations to the cells and showers for accessibility.

Facility 4A has a bed capacity for 1,024 inmates. The facility currently houses inmates who require protective housing within the Protective Housing Unit (PHU). Facility 4A has a Debriefing Processing Unit (DPU) for validated prison gang associates/members wishing to disassociate themselves from criminal gang activity.  Long Term Restricted Housing (LTRH). Inmates whose conduct endangers the safety of others or the security of the institution are housed in SHU, ASU or LTRH depending on their individual case factors.  In most cases, these inmates have committed serious rules violations while housed in a general population setting. Facility 4A also houses General Population Inmates, Disability Placement Program (DPP) Inmates requiring the use of wheelchairs within the cells, and Inmates participating in the Developmental Disabled Program (DDP).

Inmates are offered the opportunity to enhance their ability to find meaningful jobs upon their release by participating in the Industrial Employment Program (IEP). Offenders, who work in Food Packaging and in the Dairy and Milk Processing Plant, are also offered the opportunity to earn ServSafe Employee Guide/Food Handler Certificate, which is issued by the National Restaurant Association. Inmates working in the Milk Processing Plant can also be certified by the United State Department of Food and Agriculture with both a Pasteurizers License and Limited Weighed/Sampler License.

The dairy milks approximately 800 cows, producing 6000 gallons of milk per day. This milk is packaged in the Milk Processing Plant, which is shipped to approximately 32 state agencies. The farm at Corcoran and Wasco grow alfalfa, corn silage and winter forages to feed the dairy herd. Food and Beverage Packaging in Corcoran and CSATF provide packaged breads, hoagies, buns, cookies, peanut butter, jelly, syrup, almonds and boxed lunches. Corcoran’s Laundry facility processes laundry for both Corcoran and CSATF, as well as serving as a back up for multiple other facilities. In addition, the Laundry utilizes approximately 70-75% recycled water. Healthcare Facility Maintenance is responsible for maintaining a Title 22 cleaning standard for the Institution’s medical areas. General Facility Maintenance and Repair not only teaches valuable building maintenance and repair skills to the offenders, but also assists Plant Operations with completing their work orders. The Warehouse offers offenders a chance to learn both clerical skills, but also how to operate various types of industrial trucks (forklifts). 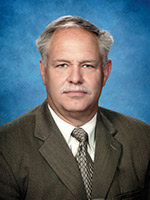 He accepted a job as a teacher at CCI on July 10, 1989.  In July 1984, He promoted to Supervisor of Academic Instruction at the California Men’s Colony (CMC).

In August 1997, he became Supervisor of Correctional Education Programs at North Kern State Prison (NKSP). In July 2001, he promoted to Facility Captain at NKSP.

In October 2002, he promoted to Correctional Administrator at California Substance Abuse Treatment Facility (SATF) and promoted to Chief Deputy Warden at SATF in March 2004.

In August 2007, he became the Warden at SATF until his appointment as Associate Director of Reception Center Institutions in May 2010.  He retired from CDCR in June 2013 and subsequently re-instated to CDCR in June 2018 at CSP-COR. 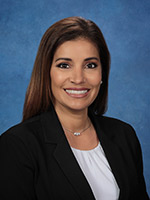 Celia Bell began her career with the California Department of Corrections and Rehabilitation in 1997 and has been serving as Chief Executive Officer (CEO) at CSP-Corcoran since August 2016.